Our experienced team is available to you. We're approachable, resourceful, and enjoy connecting with our clients along their life journey. 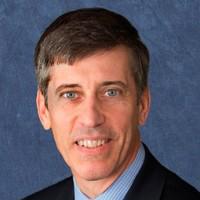 With over two decades of experience in the financial services industry, David helps clients at every stage in life pursue their financial dreams. A lifelong resident of southeastern Massachusetts, David earned a CERTIFIED FINANCIAL PLANNER™ certification, an MBA in finance from Bryant University, and a BA degree in economics from Framingham State College. A veteran of an 18-month deployment during Operation Enduring Freedom, he served more than 23 years in the military, including eight years in the Massachusetts National Guard and 15 years in the U.S. Army Reserve, from which he retired in 2008 with the rank of major.

David’s professional experience has followed an upward trajectory throughout the past 25 years. He started his career at Tucker Anthony & RL Day as a commissions accountant before moving to MFS Investment Management in 1992. There, he honed his skills in research and analysis as he rose through the ranks from options accountant to quantitative analyst during a period that spanned 11 years. At New York Life Insurance Company, which he joined in 2008, David worked with individuals and small businesses on risk and asset management before transitioning to MCB Financial Services in 2012.

In 2020, David founded Santoro Financial Planning Group, where he continues to pride himself on applying a disciplined, holistic, consistent, and long-term approach to each person’s financial needs.

David’s commitment to community service has been a lifelong passion. An Eagle Scout, Scout Leader, member of the Narragansett Council BSA board, 2011, 2014, 2018, and 2019 Ambassador of the Year for the Tri-Town Chamber of Commerce, he provides pro bono financial guidance to members of the U.S. military through the Massachusetts Financial Planners Association. David was also selected as 2016 FPA MA pro bono Volunteer of the Year* and currently serves on the FPA MA board of directors and is responsible for community outreach, which works with all the FPA MA pro bono programs.

*This award is not specific to financial services and does not imply an endorsement, recommendation, or otherwise reflect the performance of the advisor or any account.

She has over 30 years of experience in progressively responsible roles in the field of human resources and HR operations, including serving as the chief human resources officer for a Boston-based national consulting firm.

She has worked both in the nonprofit and for-profit sectors. She has managed federally funded independent living centers as well as provided direct case management services to adults with disabilities and their families.

Diane holds a dual bachelor’s degree in social work and sociology, as well as a master’s degree in management. She's also an instructor for the Clark University graduate school of management.

Diane enjoys being active in her local community through involvement in youth development programs, mentoring, and career coaching forums. She also enjoys gardening, spending time with her two Labs, and celebrating the achievements of family members at marathons, track meets, and baseball games!

As the office’s administrative assistant, Linda brings a strong understanding of customer service and data management.

Having worked in several industries in an IT support role, she is adept with technology. Her experience building applications supporting customer, vendor, financial, and employee data speaks to her familiarity with data collection, storage, and analysis, as well as the need for confidentiality with regard to protecting sensitive information.

When not being ruled by her miniature schnauzer, Linda spends her off time dabbling in photography, website development for friends and family, genealogy research, gardening, home brewing, sampling craft beers, and playing fantasy football. She has also been bitten by the travel bug, which has led her to enjoy many adventures while visiting seven, of the now eight, continents.